Hello Frank, Jeanette and I would like to thank you again for the outstanding performance and fantastic music you provided for us last night at the Ebb restaurant. It was an experience we will always remember and cherish, much like the first time we heard you play and were captivated by it. I think the staff at the restaurant were also blown away by your performance. Kind regards, Hugo (July 2016)

Dear Frank, Thank you for playing at our wedding. We had lots of comments from guests about how good you were. The sound in the chapel was amazing. I’m only sorry I didn’t get to listen to you more. We’re very happy we used you as it certainly added that extra special touch. Thanks again, Sian & Wayne (June 2016)

Hi Frank! I just wanted to send a quick note to say a very big thank you for adding to how special our wedding ceremony was. All our guests commented on how brilliantly your performance was and how brilliant the atmosphere was before, during and after the ceremony. Many said that the emotion that you brought to such an already special moment was second to none! I was so glad that before I walked down the isle I was lucky to get a moment to stand there with the doors closed and just listen to your playing our processional song. I think listening to such beauty really did calm me and got rid of all my nerves before taking my walk down the isle. I just wish that I had not so much to do afterwards and could have spent some time just to listen to you play. Looks like we will be coming to see you play some other time! Thank you again from the bottom of our hearts! From Letitia and Jamie Robinson xxx (https://www.facebook.com/frankfodorviolinist/posts/861135303978906, June 2015)

One of the most in-demand wedding performers in the hinterland…”And roll in the live music. Just call Frank. Frank Fodor is music teacher of children by week-day, serenader of many by weekend and night. He’s one of the most in-demand wedding performers in the hinterland, and plays all types of music on his electric violin – from classical, through to country, Irish, and modern rock. If there are only two of you in the room, there’s no reason to feel awkward. To the contrary, Frank plays according to the vibe. It’s a relaxing, and special experience. The acoustics are so good here, it’s where Frank wants to record his upcoming album.” (Simon Holt, Sydney Morning Herald, December 31 2013)

Thank you again for your performance last Friday night at the Scenic Rim Business Excellence Awards. Your music choices matched the crowd extremely well and we greatly appreciated your professionalism. We would certainly recommend you and would be happy to work with you again should the opportunity arise. (Economic Development & Tourism, Scenic Rim Regional Council, December 2013) 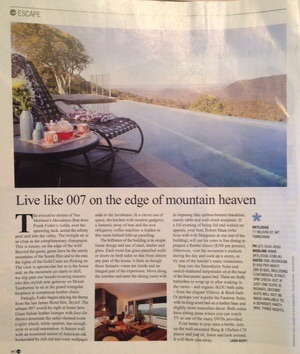 “We were first introduced to Frank’s wonderful repertoire at a local winery and were so impreessed we invited him to play for us at home to close friends for a Sunday afternoon get together. Everyone was so impressed word is spreading and it is now hard to track him down as he is in so much demand. We thoroughly recommend him!” (Laurene and John Breckon-Thomas, 16 October)

“Between courses we sat in the lounge, with fireplace, and were entertained by a brilliant violinist who plays everything from a James Bond theme to the classics. This was really a highlight…a glass of port while we enjoyed the music was the icing on the cake.” (Desleigh B, Trip Advisor – Bungunyah Manor, 15 September 2013)

“There was a lovely fire burning in the lounge area with seats all around for everyone to enjoy the violinist. He was great. Played everything from pop, rock to jazz and symphony.” (Karen M, Trip Advisor – Bungunyah Manor, 29 August 2013)

“Then there was the music… solo violinist?? at first thoughts we were sceptical but that did not last long, he was that good we begged and were granted an extra 1/2 hour performance. Encore Encore” (Fender1963, Trip Advisor – Bungunyah Manor, 29 August 2013)

“We were entertained by Frank playing the Violin, he was fantastic.” (Allison J, Trip Advisor – Bungunyah Manor, 26 August 2013)

“We had the additional pleasure of being entertained by a very professional Violinist – “Frank” before and after our meals” (Barry D, Trip Advisor – Bungunyah Manor, 19 August 2013)

“On the Saturday night there was a lovely violinist “Frank” who was playing and I could of listened to him all night.” (Heslop89, Trip Advisor – Bungunyah Manor, 17 August 2013)

“The entertainment was a wonderful violinist called Frank. To our surprise he was absolutley fantastic – played everything from classical to Irish to pop, and engaged us all night.” (Shirly R, Trip Advisor – Bungunyah Manor, 14 August 2013)

“Main highlight was sitting by the fire in the lounge area listening to the delights of the violinist . Very talented.” (Lisemare72, Trip Advisor – Bungunyah Manor, 13 June 2013)

“We…did enjoy a glass of wine in the lounge area in front of the fireplace with resident muso suave sounds (an incredibly talented violinist with a wide repertoire)…” (WaWa1963, Trip Advisor – Bungunyah Manor, 10 June 2013)